When Nothing’s Familiar – Everything can be Lost 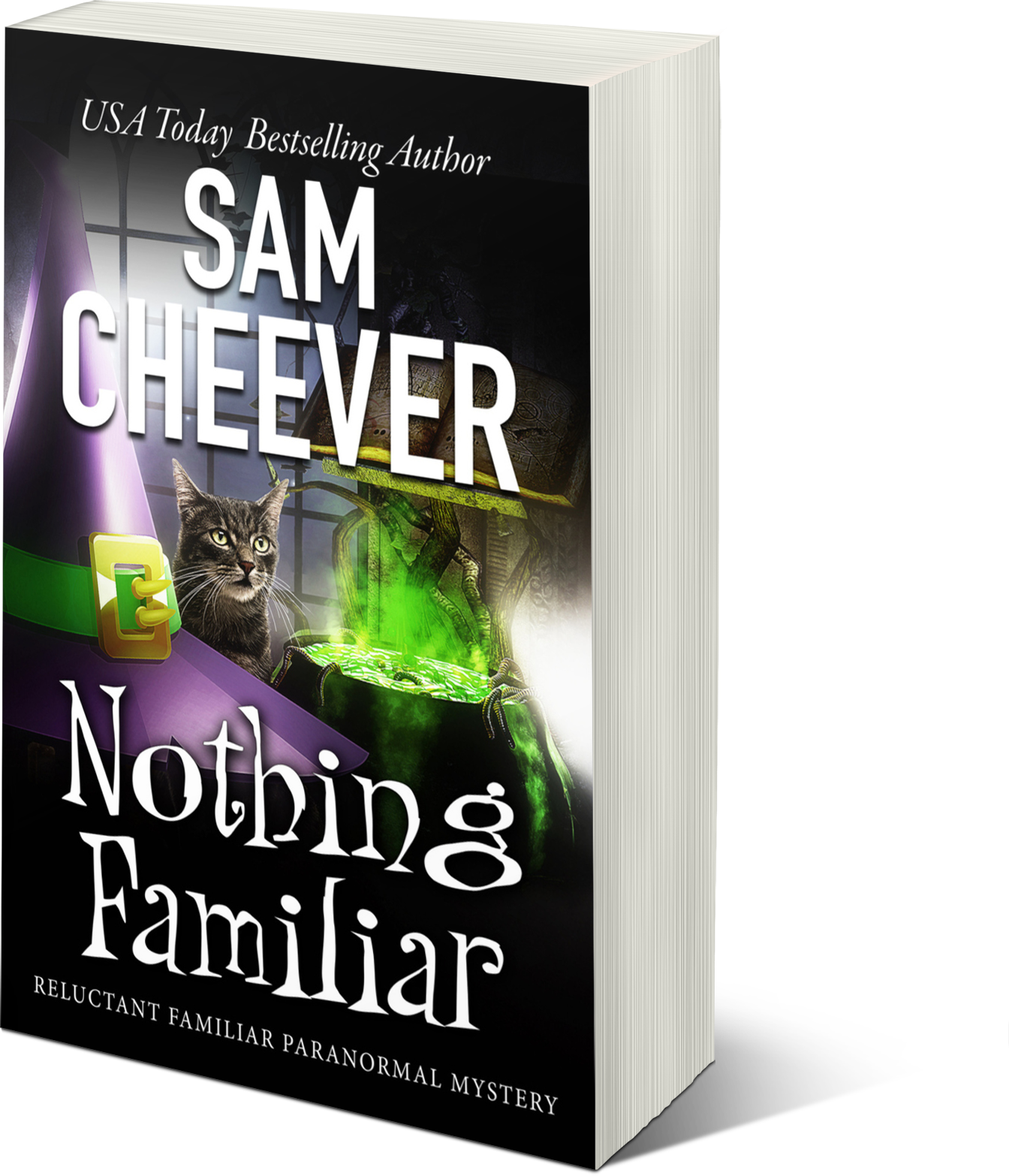 When the boundary between worlds is breached, lives are at risk, balance is disrupted and nothing is the same.

I closed my eyes, drawing the energy that sizzled in my core into my fingers and allowing it to ease into Becksmart’s flesh. I controlled the speed of its insertion, knowing that it would be easy to lose control if the energy waiting within the husk of his body was hostile or hungry.

I looked for a spark of life that I could grasp. It was unusual for every bit of life energy to be evicted from the body immediately upon death. A small portion of magic usually remained for a while, a residual energy that I was able to tap into if I was lucky. That remainder was what I would use to read the deceased’s final moments.

Unfortunately, I’d never tried to read a human soul. Because that was what the energy translated to in a human. What was a life force made of pure supernatural energy in a magic user, was something much more ethereal in a human. Something that went beyond magic and was tethered to the spiritual realm.

I had no idea if my energy could even meld with that insubstantial force, let alone pull something out of it. When nothing immediately happened, I increased the energy, sending my explorative tentacles deeper. I probed more meticulously in my search for that spark of remaining energy.

Rummaging around in there for several moments, I found nothing.

Then suddenly, something changed. I touched a spark, seeing an internal flare of light as the energy pulsed into life, contracting and drawing away from my foreign power.

I went very still, retracting the probing energy slightly so I didn’t cause Becksmart’s life force to retract again. I waited, expanding my sensors in an attempt to identify the tiny speck of energy. It was very different from what I was used to. Purer, less stark. Like a golden thread floating gently in a pool of mercury. I got the sense it would like to be set free. I needed to be very careful that I wasn’t the vehicle it used to gain that freedom.

Aside from not knowing what residual effects that might have on me, I needed to read the energy before it fled the world for good.

A hand touched my shoulder. “LA, are you all right?”

I shook off Deg’s touch, frowning. On the outside edge of my awareness, I knew I was breathing really hard, and that sweat trickled down between my shoulder blades, but I still felt as if I had some level of control.

The fearful speck of energy that had cowered away from my touch suddenly pulsed stronger and exploded into a painfully bright and burning essence. It flashed out and scorched my energy like fire, causing me to scream and pull away. But the energy followed, shooting toward me as I retreated, and I realized what it was doing.

Just before it would have ridden my magic into the ether, escaping me for good, I forced myself to stop retreating. Gritting my teeth against the agony to come, I wrapped the tentacles of my magic around Becksmart’s life force and held on as it writhed and pulsed in an attempt to escape.

Its touch was pure torture, sizzling against my unprotected power and burning it away as fast as I could send more to hold it there. My throat hurt. On some level I was aware I was screaming, beyond the ability to hold it in.

Deg wrapped himself around me and added his energy to mine, reinforcing my hold of Becksmart’s soul. He tensed against me and I heard his hiss of pain. But sharing the discomfort made it more bearable, and I slammed my lips shut on the screams that throbbed there.

I focused on reading the energy. Looking for a signature of the foreign power Tollman suspected had killed the reporter.

There was something hiding behind the painful brightness of the soul. Something darker and more familiar. I sensed its latent energy skulking there but couldn’t get a proper read with all the interference between us.

I couldn’t feel its essence or read the DNA of its magical makeup, but I felt its hostility like a low level hum behind Becksmart’s soul. With a start, I realized the foreign magic was shoving the piece of human soul at me, trying to push me out.

Do you feel that? I asked Deg through our internal communication channel. I felt his nod in my head.

We need to get past the soul, he ground out, clearly in a lot of pain. I realized in that moment that he was taking on the brunt of it so I could do what I needed to do.

But I won’t be able to read his last moments if I do that.

It’s one or the other, he gasped in my head.

He was right. We could either try to see Becksmart’s last moments, or we could attempt to identify his killer. It was a risk either way. With the reporter’s soul doing such a good job of blocking, we could fail to uncover the deadly magic and lose everything. Or I could try to read his last moments and not be shown the killer. I couldn’t script what I’d be shown. What was there was what I’d see.

I had to decide. And I had to do it fast. I could feel Deg’s energy failing him more with every passing second.

Then the decision was ripped away. Becksmart’s soul flared again, sizzling against our combined energy, and Deg screamed, the agony-filled sound like razors over my skin. My magic faltered and fell away, retreating so quickly I didn’t have time to adjust as it shoved Deg and me so hard we flew backward and smashed up against the far wall.

“Tollman!” I screamed, as a pale yellow whisper of energy trickled from Becksmart’s gaping lips and shot toward the ceiling.

To his credit, the Angel was quick on the draw. His hand shot out and he grabbed for the wisp of soul, wrapping one big hand around it and drawing it in.

The wisp of yellow mist sunk into his palm, and his skin glowed brightly beneath it. I pushed to my feet, my gaze locked on the Angel.

He stood very still, his eyes closed and his head back. The skin of his outstretched palm rolled beneath some kind of impossible force.

How could so much power be captured in such a small amount of energy?

Suddenly, Tollman’s head snapped up and his eyes shot open. His fingers jerked straight, and his entire hand flashed a bright, silver aura, the energy snapping like a raging fire before extinguishing in a soft gasp of air.

I shoved hair out of my face and rubbed my back where I’d slammed into the wall. “Did you get anything?” I asked the Angel.

For a moment, he didn’t seem to hear me, then his gaze slid slowly to mine. His eyes were glassy, and I knew he wasn’t really seeing Deg and Me.

“Tollman?” Deg said, coming up beside me. “Are you okay?”

The Angel blinked. He looked at his hand and slowly squeezed the fingers closed before answering. “It was something dark. Ugly. But I couldn’t get a signature.”

His voice was soft, breathy. He stared at his hand as if whatever he’d experienced had affected him strongly.

“Was it human or magical?” I asked, feeling dread like a lump of clay in my belly.

His mahogany brows lowered. He unfurled his fingers and stared at the skin I’d watched shifting under Becksmart’s soul energy a moment earlier.

He finally dropped the hand and jerked his gaze to us. “I have to go.”

As he hurried past, I lifted a hand to stop him, but the hand inexplicably missed, cutting through empty air. Before I had time to blink, Tollman was through the door and it had slammed closed behind him, causing me to jump under the violence of its closing.

I looked at Deg. “What just happened?”

He shook his head. “I have no idea. But whatever it was, I think it’s a pretty good bet that it wasn’t a positive development.”

Grab Your Copy of Nothing Familiar at a discounted release price!

Love the reluctant familiar series. When will the next book come out?

I’m thinking mid to late summer. Keep an eye on my newsletter for updates. xx

Thanks Sam for writing this fun series! Are you going to tell us how Naida & LA meet? Are LA and “her Witch” going to be an item in the future??? Inquiring minds are curious. hahaha