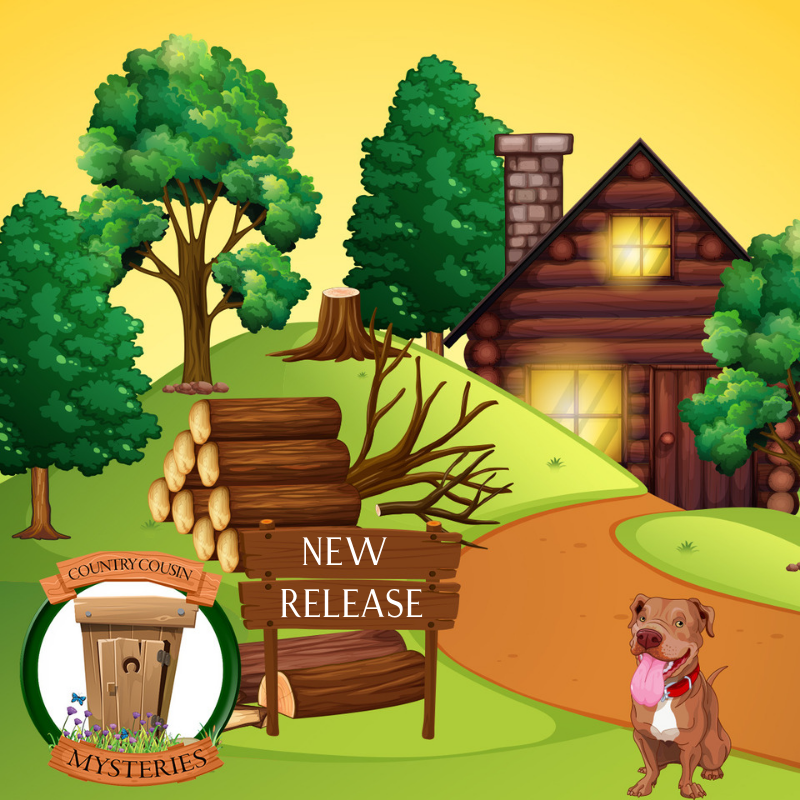 A dead Realtor, a cranky cat, an adorable, depressed pibl, and a boyfriend who hasn't been…shall we say…totally honest recently. Joey's got bigger problems than figuring out when she'll get her next slice of banana cream pie. Though that certainly ranks high on her list of concerns.

I consider myself generally a good person. With good instincts about people and a desire to be kind to others unless they’re unkind to me. But I do have an aversion to pushy people. Which has put me on the wrong side of salesmen of all kinds more than once.

My second least favorite of these is real estate agents. Not that being a Realtor is innately bad. It’s just that the act of buying or selling a house is way too much like dealing with used car salesmen for my taste.

“Miss Fulle, you should chain that beast up.”

She was also a pit bull.

I drew myself up to my full five feet four inches, tucked a strand of shoulder-length red-blonde hair behind one ear, and narrowed my blue eyes at her. “She’s fine,” I told the woman with the squirrel’s nest for hair. “She lives here. Whereas you…” I let my statement trail away, allowing my uninvited guest to gather my implication all by herself.

As I responded, I realized it was true. After my parents’ death, when I initially learned that I’d inherited the house and the family auction business, my first thought was to sell the too-big house rather than live here. Too many painful memories existed within its familiar walls. I still thought I’d sell eventually. But I wasn’t quite ready to make that decision.

The auction business was another matter entirely. I still hadn’t accepted the responsibility they’d left in my less-than-capable hands. There was no way I could fill their shoes in the business, and being there was just too painful for me to face.

“Thank you. But I’m not interested in selling.” I backed into the house, tugging gently on Caphy’s collar. Her gaze locked onto the other woman, who’d taken a step toward the door as if she was thinking about pushing her way inside. A low growl emerged from Caphy’s throat and the hair in front of her tail spiked.

I couldn’t explain it. Hadn’t experienced it before. And I suspected it had something to do with the body we’d discovered in my woods not all that long ago. I was pretty sure I wasn’t completely over finding that mangled corpse or the terrifying events that came after.

Whatever the cause, it was all too real.

And it was making me as jumpy as a fat-legged frog in a French restaurant.

When the article declaring Deer Hollow as one of the best places to raise a family in the United States came out in the The Indianapolis Star weeks earlier, I’d never expected such a vast and immediate change in my world.

Our recent murder-driven scandal had been examined, the article’s author lamenting the fact that it had apparently been overlooked when choosing America’s favorite spots to live.

But, so far, my family’s involvement had been blissfully absent from speculation. A fact I thought had much to do with a certain uber-sexy PI and his connections with the FBI.

For that, I was both grateful and tense.

I felt as if the other shoe was going to drop at any moment.