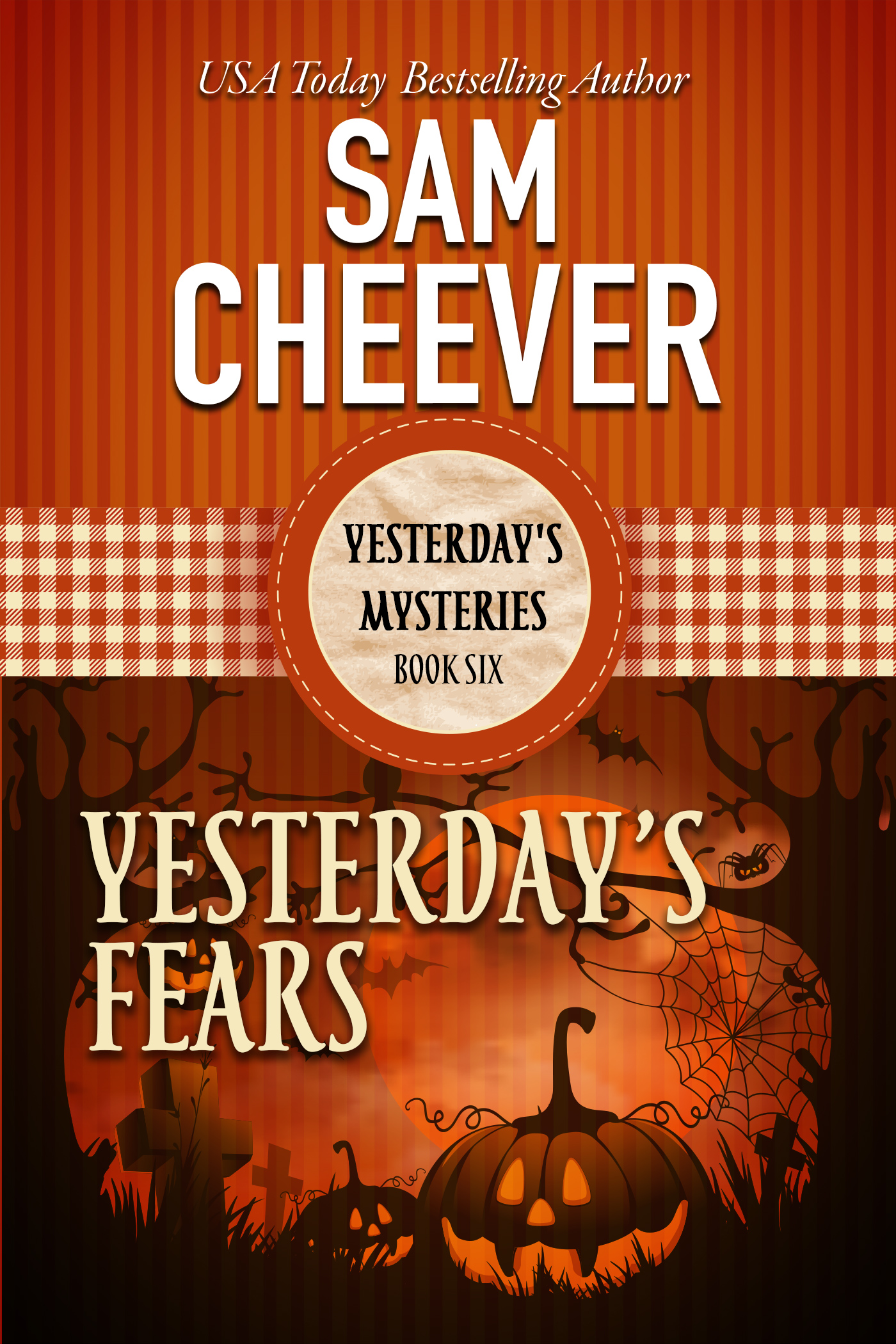 Pastor Frederick made a mistake. He fell from grace hard, getting embroiled in something he never should have as a man of God. But, though he’s lost the respect of many in Crocker, Indiana, some still trust him. One young man, in particular, entrusted him with his secrets and his life. But when the man is targeted by a killer. His only hope might come from the ether. And Pastor Frederick knows just the ghost to ask for help.

Part of the Cold Cases and Haunted Places 14-Author Anthology! 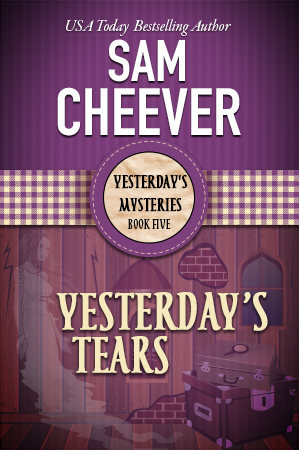 The spirit in an old family manor was out for blood. It wanted revenge on anyone who would enter its doors, even the son who tried to stop it was no match for the evil within. It would be up to Anna and Pratt with the help of Joss to put an end to this evil. But it is too strong? Will the ether claim another soul? I just loved this story. You will as well I am sure!

Anna and Pratt were heading out the door to grab lunch when a man entered. He had his head down and nearly ran into them. “Oh!” Pastor Frederick said. “I do apologize.” He fixed them with a look that was tight with unhappiness.

Anna gave the reverend a hug. “It’s so nice to see you,” she said, her tone warm.

Pratt eyed Frederick, wondering what had the good reverend so upset. He extended his hand, clasping Frederick’s hand in a firm grip. “How are you, Pastor?”

“Tell you the truth, I’ve been better, Mr. Davies,” the reverend said.

“I was hoping you could,” Frederick responded. His gaze slid around the store. “Is the…erm…Is Mr. Joss around?”

The pastor had helped Pratt and Anna recently when Anna had been dragged into the ether and hadn’t been able to escape. He’d basically performed an exorcism on the spot and just might have saved Anna’s life. The religious man might not have believed in ghosts before that fateful day, but Frederick had since embraced the fact that they existed. “He’s around here somewhere. Would you like to speak with him?” Pratt asked.

Frederick frowned slightly. “Maybe you can tell him what I need help with after we’ve spoken?” He wrung his hands and glanced at Anna, a question in his expression.

She reached out and squeezed his hands. “Of course.” Tucking a ribbon of her long blonde hair behind one ear, she motioned to the wicker seating area arranged near the large front window. “Why don’t we have a seat. Can I get you anything? Coffee? Water?”

“No, no. I’m good. But thank you, Anna.” He sat, his gaze sliding along the ceiling as if he expected to see a ghost gliding beneath the tin panels.

“Tell us how we can help,” Anna said when she was seated.

Pratt sat next to her on the small couch. “I take it you have a ghost problem?”

Frederick frowned. “I’m actually not sure, but I believe we do, yes.”

The pastor flinched. “I’m here on behalf of a young man. Mitchel Mistren.”

Pratt and Anna shared a look.

“Do you know him?” Frederick asked.

“No,” Pratt said. “But I was just telling Anna about the house this morning. About the strange things happening there.”

Frederick sighed. “Yes. It was about this time of year. I guess it’s been five years now.” He shook his head. “I can’t believe it’s been that long.”

“What was about this time of year?” Anna asked. Her intelligent green eyes narrowed slightly as she tried to understand.

“I apologize. I should probably start at the beginning.” He gave them a sad smile. “In late October of 2015, I was in the church. It was around ten o’clock at night and I was saying my prayers before locking up and going home. The front door opened, and I turned around to find a boy stumbling down the center aisle. He was bleeding pretty badly from a cut on his head.” The pastor looked off into the distance, his brown gaze far away. Although he was staring out onto a sun-drenched Crocker street, Pratt wondered if he was really seeing a shadowed nave, soft candlelight flickering against an army of dour-faced religious statuary, and moonlight filtering through stained glass.

Pratt had gone to Trinity Lutheran Church at night once or twice when memories stirred discontent in his heart. He knew the atmosphere in the church at night was both a haven and a fearsome symbol of powers beyond human control.

It could be intimidating.

“Mitchel came to me because he didn’t know who else to ask for help. His story sounded far-fetched and unbelievable at the time. I’m afraid I didn’t take him seriously. It wasn’t until I experienced that terrifying spirit with you that night at the Miller’s that I realized he’d likely been telling me the truth.”

“Truth?” Pratt asked, wondering where the good pastor was going with the story.

Frederick slid his gaze to Pratt’s, the look all but imploring him to believe what he was about to tell them. “He spoke of a ghost. A restless spirit who lived in his home. He said the spirit had attacked him, blaming him for its death. If that was true…and I no longer have reason to doubt it was…he was lucky to survive with just a gash on his head.”

“Did he know the ghost?” Anna asked. Her tone was as unsurprised as if inquiring whether the pastor preferred sweet or unsweet iced tea.

Pastor Frederick shook his head. “The…creature…insisted that it was murdered in that home. It demanded that young Mitchel find its murderer, or it would make his life miserable.”

“No. He’s been living with an aunt in Chicago. His mother’s sister. The boy’s parents lived in the house until 2017, when Jim Mistren apparently died from an accident in the home. I believe he fell off a ladder if I remember right. And the mother, Martha, moved out shortly after that. According to Mitchel, she died of cancer a few months ago.”

“Yes. He came to my office early this morning. He’s back in town and he’s planning on selling the house.” Pastor Frederick sighed. “Five years ago, Mitchel begged me to do an exorcism.” He shook his head. “I should have listened to him then. But I wasn’t a believer, so I talked him out of it.” The pastor’s face flushed. “I’m afraid I thought it was the drugs talking and encouraged him to get help for them.”

“Yes. I don’t believe he was lost to them. At least not then. But I had no other explanation for his seemingly far-fetched tale.” Pastor Frederick scrubbed a large hand over his face. “I just keep thinking about how he looked that night. About what I saw at the Miller house when I helped you.” He finally looked into Pratt’s eyes. “I’m terrified the boy will be killed by whatever is living in the Mistren house. I tried to talk him out of going back inside. But, with the passage of time, he’s convinced himself that it’s perfectly safe. I can’t shake the feeling that…if something happens to him…it will be my fault.”

“What would you like us to do, Pastor?” Pratt asked.

“I’d like you to try and solve the mystery of this spirit’s death.”

“And if we can’t solve the mystery?” Anna asked.

He hesitated, pulling air deep into his lungs as if to draw courage from it. “I was hoping you’d bring Joss along. “I’d like for your guardian spirit to make sure the one that hurt the boy can no longer cause harm.”