What Voodoo Do You Do? 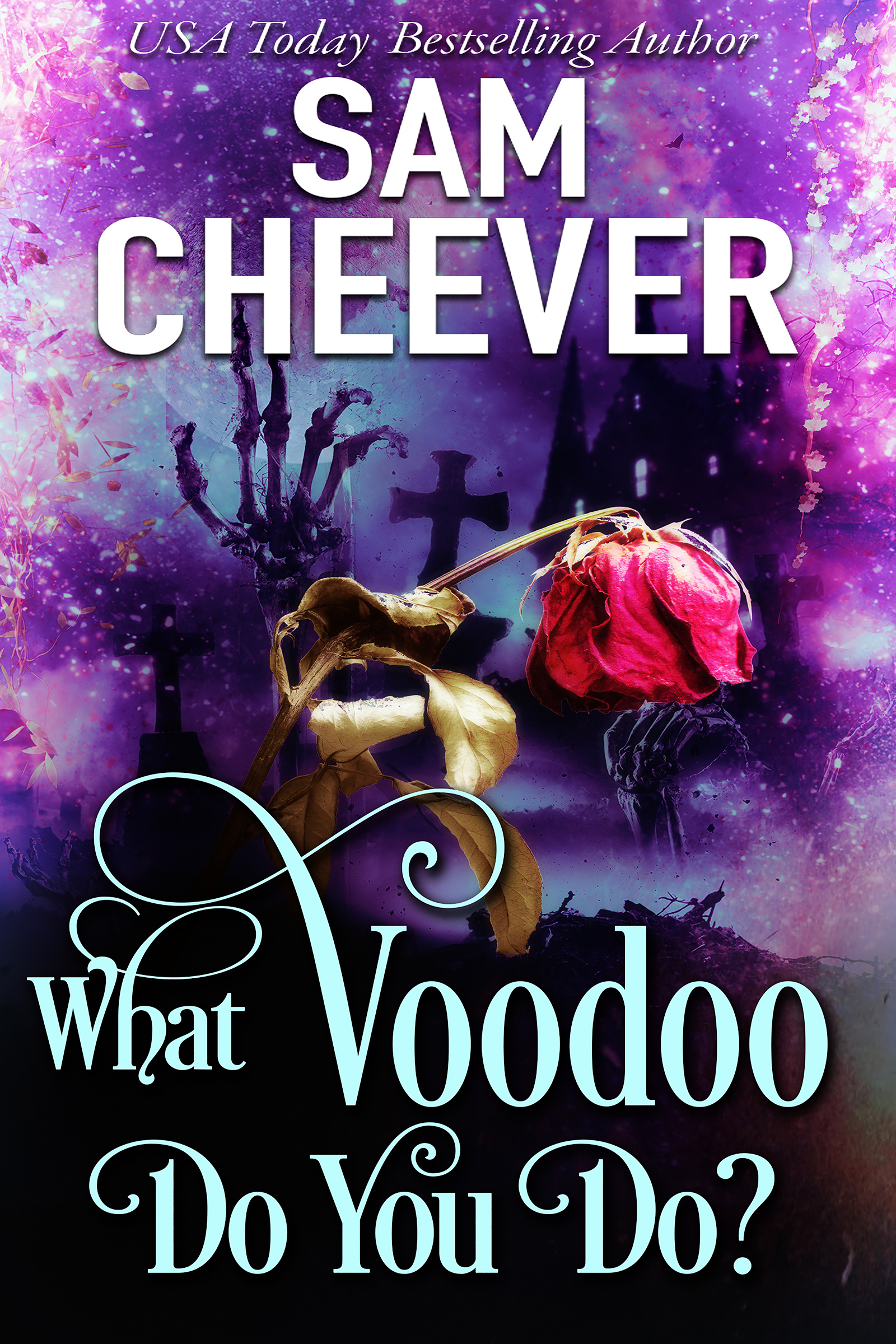 I’m discovering that glossing over that whole “epicenter of a magical vortex” thing when I took this Lares job was a mistake. Looking back, that now seems like important information.

Whoever said midlife was a time for reflection and relaxation clearly wasn’t an ancient guardian deity. I’d just started to think I was getting a handle on this whole Lares thing, and then the earth decided to open up into a giant, fiery hole of evil nastiness.

Talk about your hot flashes!

Add in a deadly new ally, a magical weapon I’m pretty sure I’ll never get the hang of, and being forced to play “Where’s the Voodoo Queen” while trying to deal with everything else…well…let’s just say that crepey skin is probably the least of my worries.

"The literary imagination of Sam Cheever is a force of nature! Creative, vivid, and enthralling. This paranormal beauty checks all of my boxes." 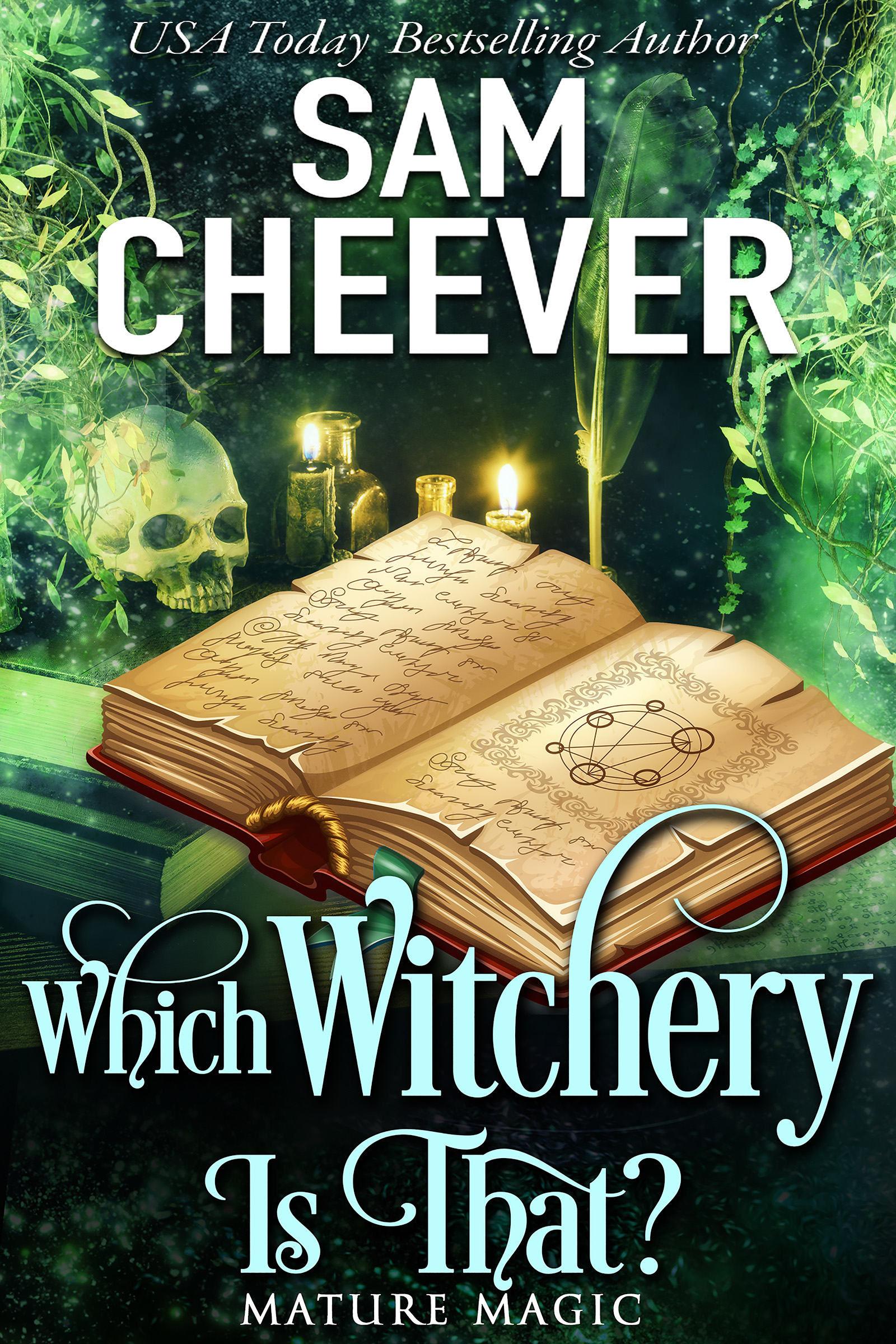 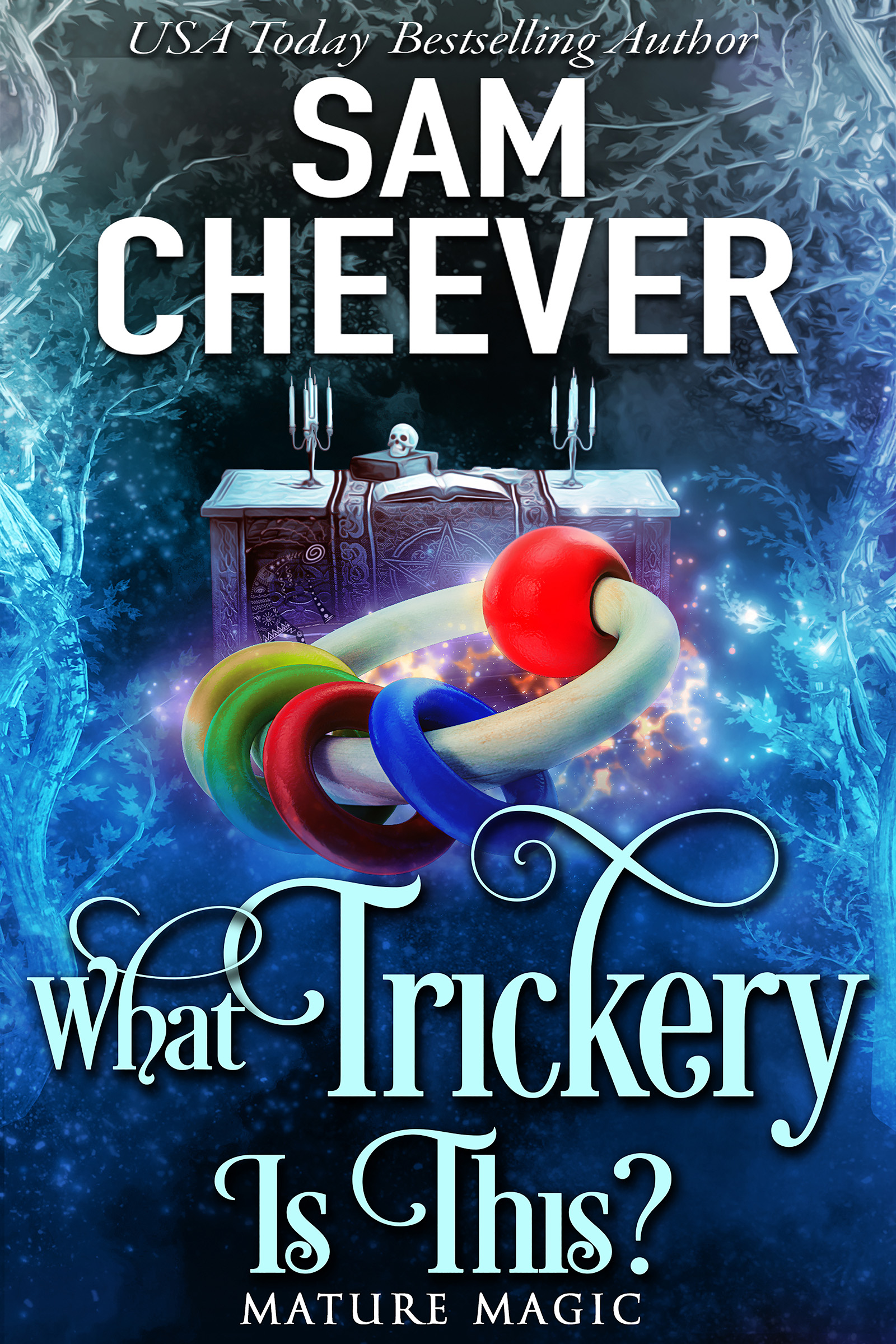 Praise for What Voodoo Do You Do?

In true Sam Cheever form and style, this book is non-stop action from start to finish. Get comfortable before you start reading...you are not going anywhere till you reach the end!!!!! ...take on monsters you could never imagine, in a life and death struggle of good over evil! This book is EPIC! You don't want to miss this next book in the Mature Magic series!

What Voodoo Do You Do? is a fantastic book. It is full of action and magic. This book is impossible to put down. The book is well written with vivid details that make the story come to life. I love the characters. It was fun to follow their adventures as they saved the town.

A Call to Save the Weak From Harm

I jerked awake, the darkly melodic tones of the bell still reverberating through my mind. The sound was more than a warning. It was more than an invitation.

It was a summons.

On the heels of that realization, my cell phone rang. I shoved the covers off and swung my legs over the side of the bed, grabbing my phone. “Hello?”

Monty trotted past me and hit his doggy stairs, descending at a run and disappearing down the hall in the direction of the kitchen.

“Is this Aggy?” the voice on the phone asked.

“Yes. Who is this?” I didn’t recognize the voice, but something about it rang a familiar note.

“Oh, thank heavens!” the woman said. Her voice was rusty as if she’d been pulled from sleep as she’d done to me. She coughed wetly as the force of her exclamation tore at her throat. When she spoke again, her voice broke beneath her words. “You need to save us. This is cataclysmic.”

I stood and headed for the sweatshirt I’d thrown over a nearby chair. “I’m sorry. Who is this?”

“It’s Molly. Molly Stanton. From Golden Years senior home. We need your help, Madam Lares. We’re about to be overrun.”

I hesitated, remembering Molly from my days of working at the senior facility. As I recalled, the eighty-something-year-old woman had been strange. Beyond strange. I suspected she had a touch of dementia. I glanced at the clock and grimaced. Three AM. “I can come in a couple of hours,” I told the octogenarian. “Would that be okay?”

The tension in my shoulders relaxed as I realized the crisis I’d been expecting was probably just the creative imaginings of a woman with compromised faculties. I grabbed a hair clip off my bedside table and smoothed my straight black hair back, twisting it into a quick bun and clipping it to get it off my face.

Monty’s claws tap, tap, tapped up the hall. The sound of something dragging along the floor as he ran sent a chill through my system.

“No! You have to come now. Please, Madam Lares.”

I frowned at the title. Non-magical humans didn’t call me that. They didn’t know about my newly-minted guardianship. When I’d worked at Golden Years, I hadn’t had any magic. At least none that I’d known about. And Molly had seemed just as human as I was. Which, looking back, just might have proved the point I was missing. If I could become an ancient Roman deity in the space of weeks, there was no reason to assume Molly couldn’t become something…more…too.

Monty trotted into the room with his leash clutched in his mouth, bounced up to me, and dropped the leash on my feet. He barked emphatically, his fringe of a tail whipping enthusiastically behind him.

The leash thing was new but not surprising, given that everyone and everything in my life seemed to be embracing a magical core. The bat in my belfry (not a metaphor, I actually had a bat in my belfry) was magical. My adopted mom and sister were magical. I had a magical raven that sometimes showed up out of nowhere. My gardener was a gnome. The sexy man candy in my life had wings. The contractor working on my renovations was a warrior fairy. And the ancient brass bell in my belfry (again, not a metaphor.) was enchanted.

I fully expected my single-serving coffee maker to someday sprout hands and make the coffee for me.

If only I could get my oven to make pumpkin muffins...

A sharp, terrified scream came through the phone line, followed by a roaring sound that rolled over the screaming and swallowed it whole.

“Molly?” I yelled into the resulting silence. “Molly? Are you still there?”

Down by my feet, Monty whined. He shoved the leash with his long, black and tan nose. “Woof!”

I paced my room, my nerves atwitch with the feeling that something cataclysmic had just happened. Without warning, the foundation of my pretty little church slash home slash business shuddered beneath a concussion so powerful it nearly threw me to the ground.

Monty lunged in my direction, dancing on his back legs in a terrified plea to be held. I scooped him up and ran toward the front door. Flinging it open, I ran out onto the small front porch and searched the darkness for anything that would explain the explosion.

In the distance, beyond the picturesque town of Rome, Indiana, the sky was lit with a pale red glow. Beneath the glow, the horizon burned gold and orange and smoke lifted to the slate-gray sky.

Fire! I grabbed my cell again and dialed 9-1-1. The phone rang and rang, but nobody responded.

Something was wrong. Very wrong.

Shoving the phone into my pocket, I said, “Come on, little man. We need to go find out what’s happening.”