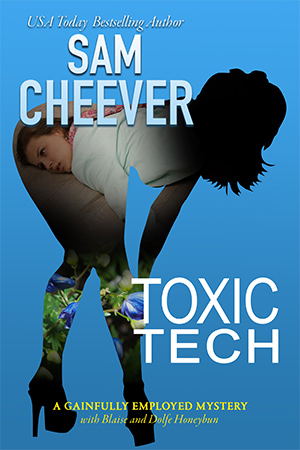 "...this one has so many twists and turns they are hard to keep up with! A great mystery that leaves the reader wondering whodunit right to the end! Great author and great story!"

"The twist and turns the book took really kept me interested and I didn't put the book down until the last page. Well written and the storyline's excellent. I recommend this book to everyone."

Her eyes were wide, already glazing under the cold, brutal blanket of death. Her cheeks bulged and her lips were open, the area around them coated in a slimy layer of melted and congealing chocolate.

Blaise shoved horror aside and hurried over to check Madeline’s pulse. She knew before she touched the quickly cooling skin what she would find.

And unless she’d recently fallen prey to the destructive practice of severe gluttony, she’d been murdered.

Choked to death by her own grains de café enrobés de chocolat.