Rudy-Bob Hortmann has never quite gotten the hang of making friends. He doesn’t much like peopling, mostly preferring the company of his pot-bellied pig, Ethel Squeaks to humanoid types. But there’s one exception. Rudy-Bob loves kids. So for Christmas every year he gives himself a present. He plays Santa at the annual Deer Hollow Christmas party. Only this year, Rudy-Bob doesn’t make it out of the Santa suit when the Pageant is done. Instead, Deputy Sheriff Arno Willager finds Rudy-Bob literally chillin’ in a snow bank, his bulbous nose flashing red through the snow.

That’s where I come into the picture. I’m Joey Fulle and I’m pretty good at finding bodies around my place on the outskirts of Deer Hollow. I didn’t actually find this one, of course. But I’m fully invested in locating his killer. ’Cause, with the help of my handsome PI boyfriend Hal, my sweet and goofy Pitbull Caphy, and my opinionated Siamese cat, LaLee, I’m also pretty good at finding killers. Sometimes, even before they find me… 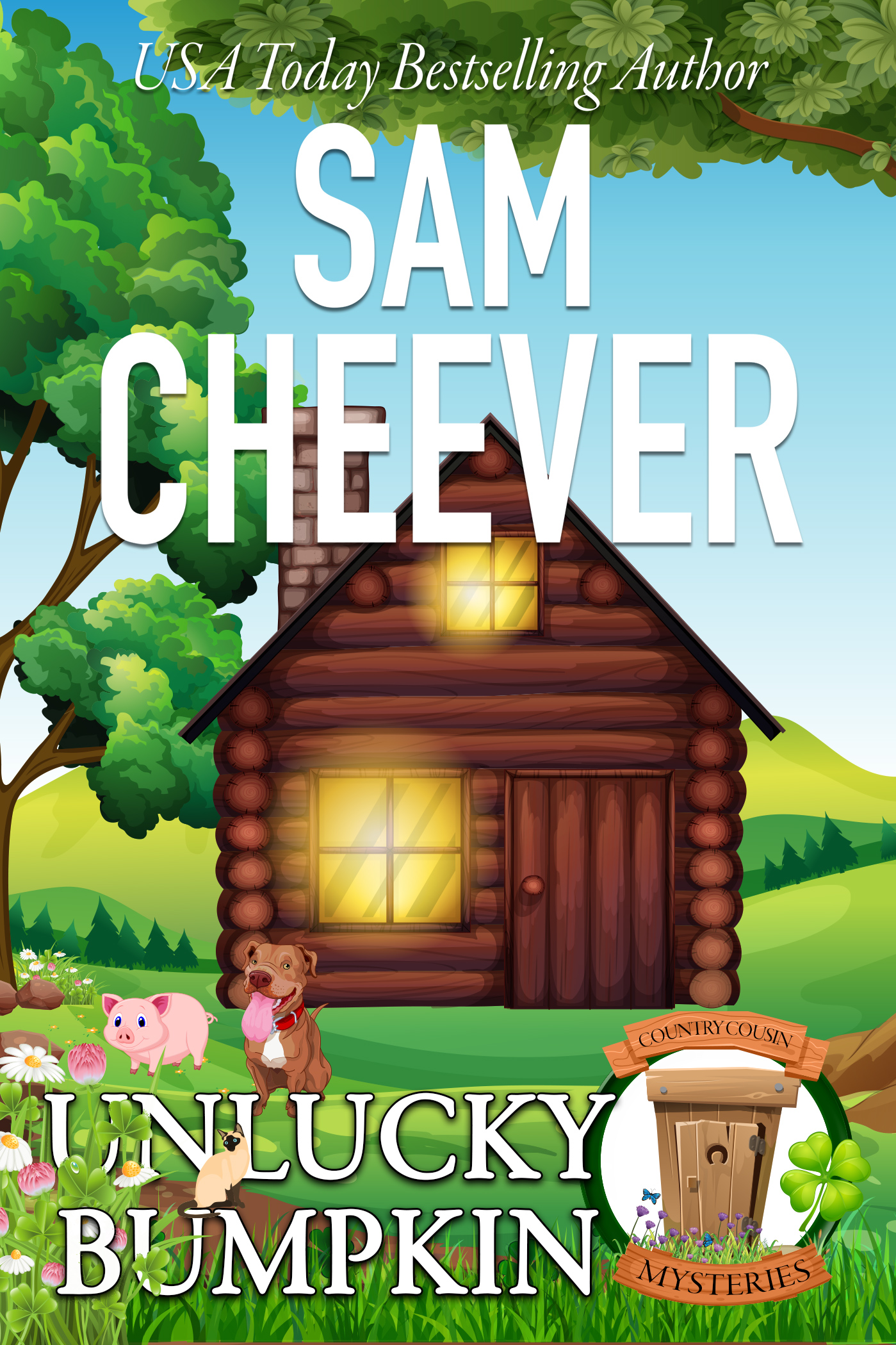 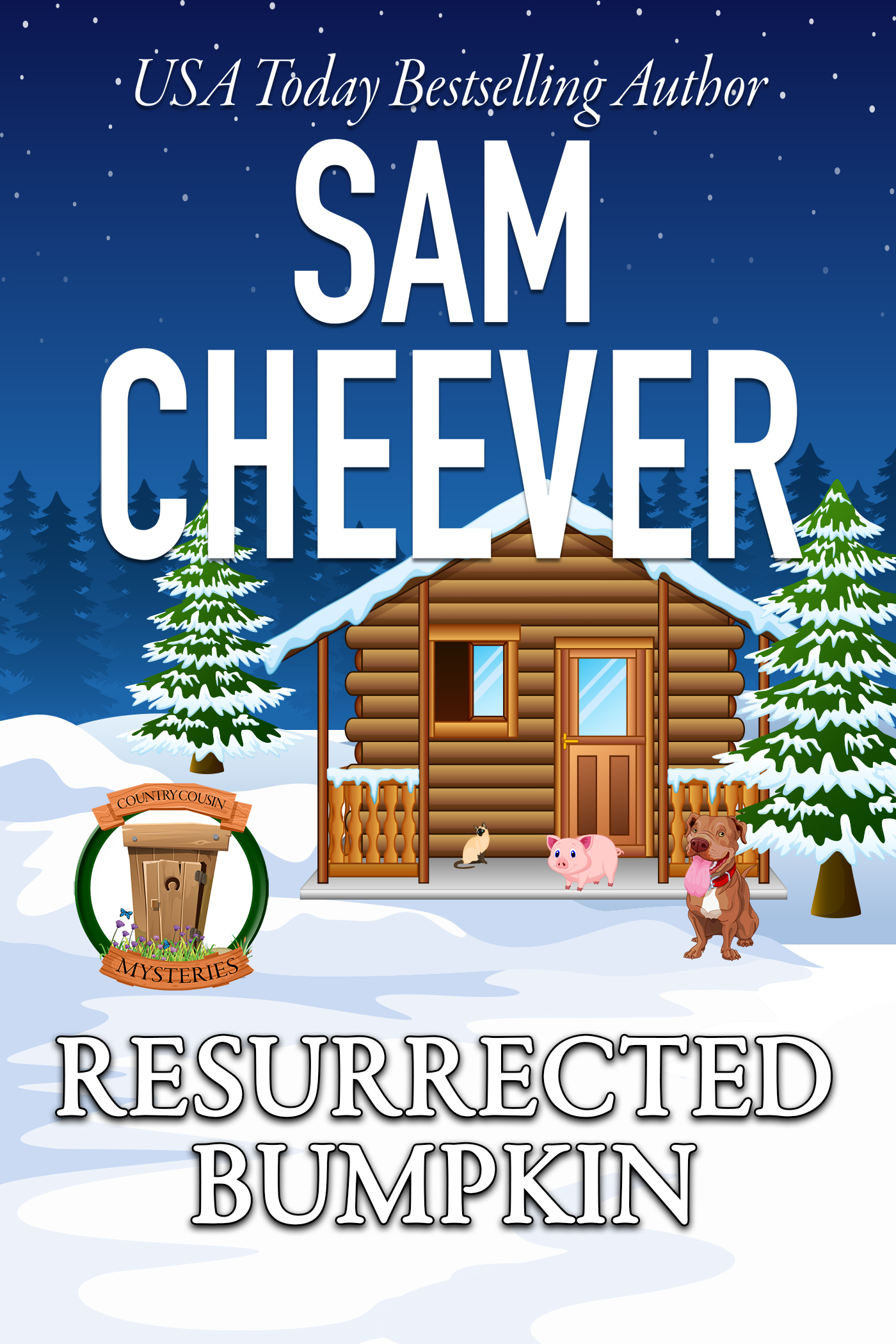 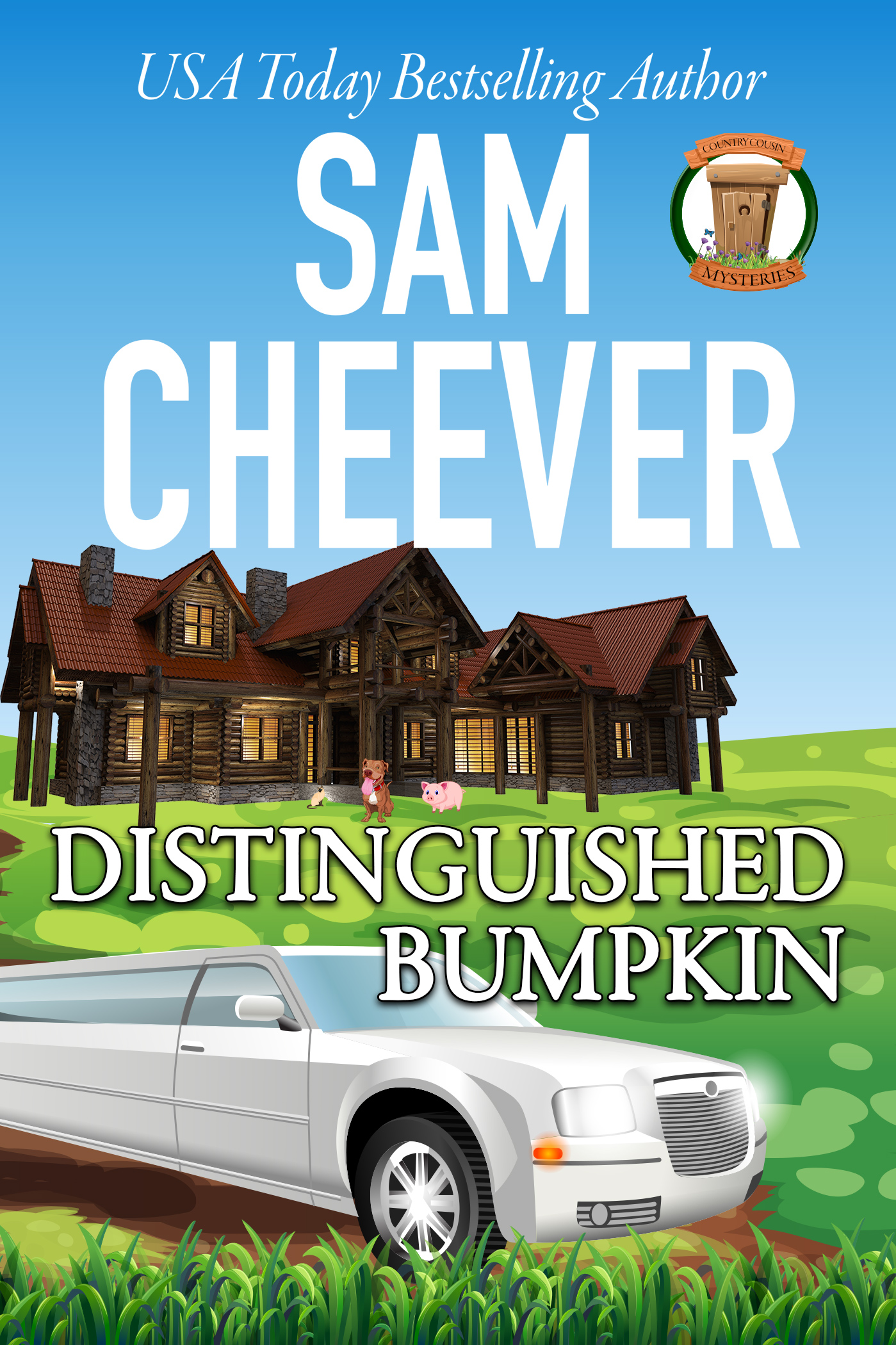 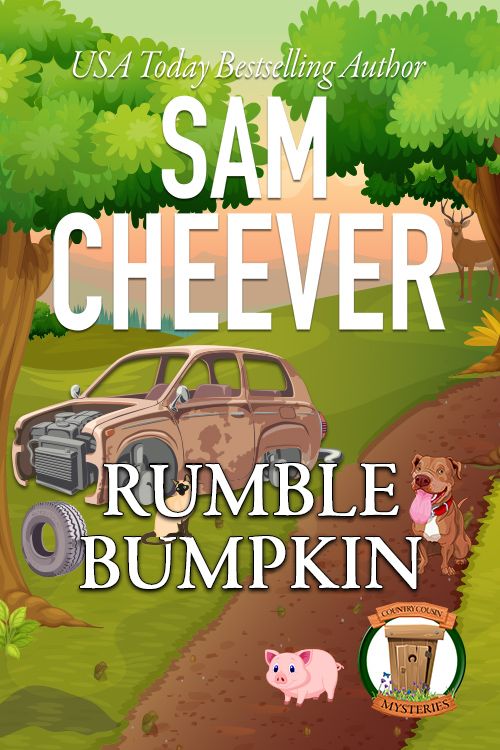 Praise for Rudolph the Red-Nosed Bumpkin

"It was an entertaining read filled with humour, a murder, plenty of twists and turns to keep you guessing. Plus did I say ANIMALS! I highly recommend this series."

"A great cozy mystery set during the hustle and bustle of the holidays. When the town Santa is found dead, there's no shortage of who to suspect took out Santa. Warning there are some laugh out loud parts in the story line but this is a highly entertaining holiday cozy mystery. The characters are fun and entertaining and there's a bit of mystery, action and suspense in the story."

Imagine my surprise when I walked into my house after the Christmas party at Deer Hollow Town Hall and found my blonde, green-eyed Pitbull, Caphy frothing at the mouth with bright green frosting, and my sophisticated and elegant Siamese cat, LaLee draped glassy-eyed over a branch of the Christmas tree, a pink yarn ball cuddled in her arms like a precious bundle of joy.

I looked from one to the other, unsure what to address first. Behind me, I could feel shock radiating off Hal and knew without looking that he was gawking at the cat.

Never in my wildest dreams would I have ever suspected LaLee had it in her to be goofy. But then I’d never gotten her a catnip ball before.

I grimaced at the sight of her long limbs hanging limply over the branch and scanned a horrified look at the broken ornaments on the floor beneath her. “Oh no!” I hurried over, picking up the adorable Pitbull ornament my friend Lis had bought me the first Christmas Caphy and I had shared together.

I frowned at the cat, whose lids drooped as if she’d been drinking whiskey-spiked egg-nog all day. “Bad, kitty!”

LaLee purred even louder, trying to roll over on the wimpy branch and wrapping her long legs even tighter around the ball.

Hal took the broken ornament from me. His handsome face folded into a frown as he examined it, his dark green gaze sliding to mine. “I think I can glue it back together.”

I nodded. “Look at this fool cat. She’s huggin’ that catnip ornament like a drunk hugs a bottle of hooch.”

Hal gave me a one-armed hug. “Maybe we should put it into a paper bag for her.”

“Har,” I said, grinning. “Stupid cat.” I reached to pluck her out of the tree, but as soon as I tried to lift her free, her gaze sharpened and she yowled, swiping me with a claw and drawing blood down my arm in a long scratch.

LaLee’s sudden movement over-balanced her and she slipped off the branch. She scrabbled for purchase, her claws shredding a couple of my silk-covered bulbs and dragging the string of old-fashioned boiling candlesticks down with her.

Her catnip ball stuck in the tree as she fell.

LaLee hit the wrapped presents beneath the tree and immediately sprang up with another yowl, trying to leap back up to reclaim her catnip ball.

Unfortunately for her, I was faster.

I ripped the ornament off the branch and held it above my head as she leaped, slashing at the air beneath the prize.

It was only a matter of time before those claws connected with flesh. I panicked, looking at Hal. “Here!” I threw it at him and his dark green gaze went wide as he caught it, bobbled it a few times in his panic, and then made a small sound of alarm as the cat turned her attention to him.

“Oh no,” he murmured, starting to backtrack as the catnip-crazed cat stalked in his direction, a growl vibrating her narrow chest.

“Run!” I told Hal and giggled as he took off like a shot, LaLee five feet behind him and gaining fast.

Hal leaped off the floor and hit the couch, his stocking feet hitting the cushion and leaping the back, only to find himself looking into the cat’s feral gaze when he landed.

She’d leaped from the floor onto the back of the couch, foregoing the first step that would have slowed her down.

Caphy stood in the entryway, tail enthusiastically wagging as she watched the show. Hal jerked his arm away with a shout, barely avoiding a swipe of the razor-sharp claws, and Caphy barked gleefully, her nails making a happy clicking sound on the tile.

“Get the door,” Hal yelled, jumping sideways and leaping the coffee table to dodge around the outside of the room and run for the front door.

With a shriek, I took off running, Hal with his dangerous baggage held high barreling in my direction.

I managed to wrench the door open just as he skidded across the tiles, and Hal threw the offending yarn ball through the open door, into the night.

LaLee might have been under the influence, but she wasn’t stupid. She hated snow and cold with the heat of a thousand suns. She threw on the brakes three feet from the door and skidded all the way to the threshold, a disappointed yowl wafting out into the snowy night and dying under the weight of the Winter storm.

With a delighted bark, Caphy shot past her, nearly blowing her off her drugged feet, and bounced out into the snow to retrieve the ball.